Over the past few months I have become an Android enthusiast, user (HTC Magic 32b), and "emerging" applications developer. 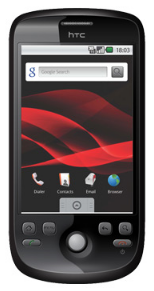 So, here’s what I have discovered around Android programming so-far…
The fundamental component if you’re interested in applications development (as opposed to platform/OS development) is Eclipse IDE for Java. Previously I've used Netbeans for J2ME development, but it seems Eclipse is "the one" for Android. mobile Eclipse is a fantastic IDE, that I have used in the past for all sorts of other stuff – comparable to Microsoft Visual Studio in every manner, with some advantages over it, including the fact that it’s free!

http://www.eclipse.org/
Also, once you get into user interface design, you’ll find that one of the few areas where Eclipse is lacking is that it does not have an Android UI designer. The “Droid Draw” program is ideal for putting user interfaces together for the Java Android API. Again, it’s free. It can be used on the web or you can download an EXE. Basically you use it to put the UI together the way you want it, then copy the XML output code into Eclipse, attach event listeners to the controls, and away you go.
http://www.droiddraw.org/

The following is an annotated series of links that I’ve cobbled together that have helped me get to the stage where I can develop web-services connection Android applications…
These links provide the basic details to help you get your Eclipse IDE setup for Android development:
http://developer.android.com/resources/tutorials/hello-world.html
http://www.mikeplate.com/getting-ready-for-android-development/
This is an end-to-end application development scenario – a basic calculator, with user interface:
http://www.datasprings.com/Resources/ArticlesInformation/AndroidSDKExampleApplicationSampleCode.aspx
This link tells you how to arrange security settings for your application if you want to (for example) connect it to a web-service on the internet:
http://stackoverflow.com/qu
estions/2169294/how-to-add-manifest-permission-to-android-application
This link is a project that some kind soul has put on the web which shows us how to connect to and consume a JSON web-service. The code provided can easily be extended and adapted to become a fully fledged RESTful client (leveraging other HTTP commands, rather than just GET):
http://www.josecgomez.com/2010/04/30/android-accessing-restfull-web-services-using-json/
This link provides a bit deeper detail on how to attach those GSON jar files (that Jose C Gomez describes in the above article) to your Eclipse IDE project, and consume them for your own use:
http://www.wikihow.com/Add-JARs-to-Project-Build-Paths-in-Eclipse-%28Java%29

Connect with your peers...
Finally, it is always useful to talk face-to-face with people, user group meetings are great for that. I joined the "Androids in Auckland" Meetup group yesterday. 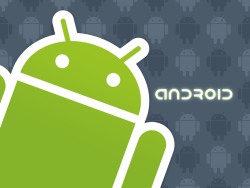