Clarification: "our planet does not need to be saved"


Following a robust debate/discussion with a good friend at the weekend, on topics related to a previous post I have made, I thought it would be worth exploring further details of that previous post (made just under a year ago) and clarifying. The post was entitled "our planet does not need to be saved". If you find the title of this post intriguing and you intend to read further, I suggest you jump back and read the following link first (otherwise the following discussion will not make much sense):

My friend believes that the original post comes across as deeply pessimistic, and in some respects, nihilistic - whereas from my perspective, it is the opposite. So I'll try here to more effectively express myself and clarify my point.

To clarify up-front; from a young age I have been quite concerned about the environment and the damage that our species appears to be doing to it  (like, as a kid, I used to sometimes lose sleep over it) - that's, I guess, a 30+ year legacy of thinking about this matter. And this post reflects the current state of my thinking on this matter.

If I examine the thought process behind this (previous) post, it leads to a notion that I currently entertain, which is that all life on Earth (the biosphere) having evolved essentially from the same single celled organisms, starting a few billion years ago, is connected, in a way that we are barely able to consciously perceive. I would go so far as to suggest that the biosphere is more-or-less sentient, and that human intelligence and conciseness is a component of that sentience. Perhaps, that is why people have an innate sense of right and wrong - and despite our various up-bringings that may compel us to be more-or-less selfish (and of course, the Theory of Evolution, which says that we are at essence, as individuals, 100% selfish) - we do stuff like worry about the environment, the planet, and each other; sometimes we even act on those worries, possibly to our personal disadvantage. I theorise that at some deep level, our species act individually and collectively, in the interest of the biosphere - not only the species - and that it's "built-in" to us (genetically?) to do so. Think of the way that migratory birds sense how to reach a precise destination, thousands of miles away without a map - I guess, like a sixth sense. 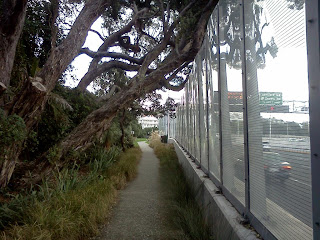 So, at heart I am essentially an environmentalist. And, I have also come to think that supporting a(ny) cause without purpose and understanding is lost, perhaps even dangerous. I don't believe that campaigning for the saving of the environment/"planet" for the sake of "being part of a worthy cause", is in itself, a worthy cause. I think that people should truly understand why they stand for something. Here is the crux - my original post expresses from my perspective, what my cause is. I think that one of the worthiest causes that we as individuals, a species, and members of the biosphere can strive for, is to propagate the awesome, beautiful life that has bloomed on Earth, on to other planets (thus, as I say, providing redundancy). And I think that the best way that we can support that cause is simply by following our innate sense of right and wrong, and by doing our best at whatever we choose to do in life (whether we choose to be an environmental activist, a computer engineer, a road worker, or anything else), with purpose and understanding.


A couple of questions to play the devil's advocate: 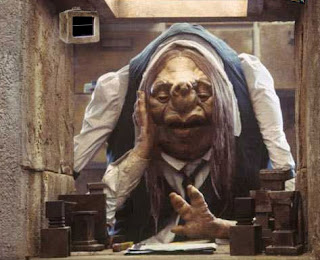 This "clarification" may turn out to be a further confusion on what evidently is already a confusing post. I hope that it is not though, and I would be more than happy dear reader, to discuss this matter in further detail, should you with to consider it further with me - write me a comment and/or let me get you a coffee one day - a Fairtrade one!