Education, Success, Training Budgets, and The Cult of TechEd®

With TechEd 2013 almost upon us in NZ, this event - which has gained "cult status" in NZ's Microsoft software development community - has inspired me to write a blog post.


The cult of TechEd

A ticket for TechEd can be used by companies as a carrot – many MS developers are very eager to be able to attend this event. Admittedly, initially there is a definite sense of prestige associated with being sent by your company to TechEd (or any high profile professional development type event). I’ll admit, I’ve been there – on both sides of the fence – as a Microsoft developer in the early days of TechEd in NZ, I pined to be a TechEd delegate, and as a manager of .NET developers, I have used TechEd as a carrot. 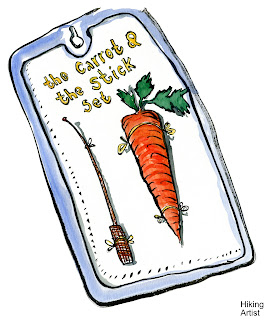 Having been through that process though, and experienced the awkward reality (following a spend-up on TechEd) of a near-empty bucket (budget) for training until next EOFY, my current opinion is that there is far better value in mixing it up; by seeking out alternative events and encouraging regular attendance of local user group meetings - for example leveraging .NET and/or SQL Server user groups, subscribing to TechEd type events sparingly, and if possible, catching the satellite gatherings (e.g. the free weekend-based Code Camp events) that occur before/after events like TechEd.

That thinking has inspired me to write this blog post, which as usual, has grown into something much longer than I thought it would be!

The calibre and content of local user groups is often superb (it is in Auckland at least). To list a few of the groups I've been involved with recently:
Like the drifting sands (how poetic!), the inspiration and liveliness levels of local user groups in my experience, changes often; they also come-and-go. One really needs to keep one's ear to the ground to have a fair idea what's going on when, and where. Going the user group route though, enables one to hone one's networking skills, meet your local community of keen people, and learn about other weird and wonderful events in the process. One may even be inclined to run a presentation! 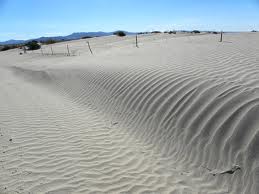 By engaging it's collective right brain, leveraging the heck out of local user groups, and encouraging contribution where possible (through active sponsorship of communities/groups and rewarding it's people for speaking, for example) I think that a company can realistically elevate it's profile and esteem in the eyes of it's community, industry, staff (existing and potential) and even it's customers. Also, it can hang on to more of it's training budget for those occasions when true gems come rolling through; for example Jurgen Appelo's recent "Management 3.0" training visit to NZ.


Variety is the spice of life

So, back to TechEd (and other "cult status" events or programmes like it)...I am of the opinion that depending on the size of the company/team, bulk-buying tickets and sending a bunch of delegates along to a ubiquitous event like this, can be a fantastic waste. This is money that could otherwise be going into supporting just-as-good-if-not-better (and less expensive) local/homegrown events. This bulk-buy approach may also reveal a dearth of imagination and lack of interest in the improvement of people.

To name but a few great NZ/AU locally run events:
Also, in my opinion, in order to truly understand your own place in the world as a person and a professional, it’s quite important to step outside of your comfort zone now-and-then - what I mean is; learn a new programming language, get amongst a bit of OSS, etc - basically, get a fresh perspective. Events like YOW! for example, provide a very well established, platform agnostic technical forum, and smaller events like PyCon may even provide an inspirational breath of fresh air for your garden variety ace, number-one, top-hole .NET developer (for example). 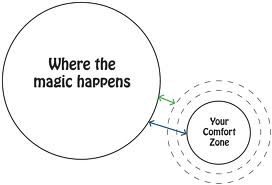 So, why not take the opportunity to send people on excursions to check out weird and little heard-of events? Incentivize people to attend Code Retreats, for example. Explore what's out there in the wider world. Encourage people to look outside of their own backyard - perhaps there is a vibrant user group in the next town that has managed to snare an amazing guest speaker for an evening - fly a delegate over there for the night! Encourage people to leverage their networks; visit their friend's organisation, see how other people and other companies do things.

A change of scene and an input of new information can do amazing things for morale and creativity levels.


Roll your own, and laud your success

Of course, a company should not forget to look under it's own nose and encourage it's people to share their learning and their knowledge. Most developers worth their salt will have their own projects on the go in their spare time - given the right encouragement, people are often more than willing to present to their colleagues on these sort of things. 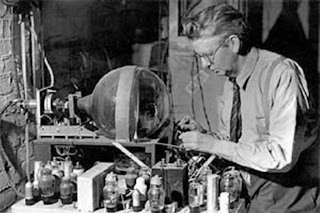 Also, as suggested earlier - people may be encouraged to speak at local user group meetings and at conferences. Companies can share their success with others - people love to hear success stories, especially if there's a bit of drama in the mix!

There is no difference between a company whose people speak publicly about the company and the things that they do there, and one whose people don't - other than the fact that at one company, people are willing and encouraged to talk about what they do. Success to some extent is a self-fulfilling prophecy - a company that is willing to talk about it's success, I think will be more inclined to be successful.

You get out what you put in

Like I say, I’m guilty – I’ve been there and done that with the cult of TechEd - I've leveraged it and had it used as leverage on me. I also like to think that I’ve learned though. And to be clear, I certainly think there is value in TechEd and events like it (that's how they attained cult status in the first place, right?). At the same time, I think companies should consider carefully what the relative value in these events is, in comparison to what else is out there, before shelling out a large chunks of their training budgets on them.

This post is about learning, education, and the different options that are out there for those companies and managers interested in software and product development. A company that uses it's imagination, contributes to it's community and industry and looks for genuine opportunities to help it's people improve, I think will fare better in the long run, than a company that treats training as an administrative task that gets in the way of real work.