Engineering to management/leadership - you're doing it wrong

Imagine you’re a long-time and/or hard working engineer who has been promoted to manager/leader...

Let me tell you the story of how the transition from engineering to management/leadership often plays out in NZ...and paint the picture of what I think is a national problem faced by NZ, and a bug bear of mine.

The choice of who to promote is right – as a nation, we do this well; by merit. Rather than just promoting the most senior person on a team, we will usually promote someone has demonstrated leadership and/or a propensity to take care of their team mates; make sure their colleagues are happy and have the right tools, etc. I think that this is a reflection of our low rating on the power-distance index and perhaps our perceived relatively low level of corruption - couple of links for reference:

So back to our story - where you find yourself in a leadership/management position. This part is great – as I mention, in New Zealand I think we choose our leaders wisely. Unfortunately from there, I think we tend to drop the ball. Too often, we fail our emerging leaders and managers; sustaining sub-optimal practices.

Here’s how it works – we blame our parents

Because you have probably been given no indication to suggest otherwise – other than a pat on the back and a few gladly received “well deserved” comments – you are left to think that your promotion is attributable to your being a “naturally gifted” manager/leader and that you will be able to take care of a team easily and/or “learn on the job”. But you’re trained and experienced as an engineer; you probably have no formal training/coaching in leadership or management, what you know, you have most likely learned on the job and picked up from others. So when the rubber hits the road and management decisions start falling to you, you fall back to emulating the style of the most influential managers you have worked with in the past. And in most cases (and this is purely in my opinion) those people are probably – guess who – your parents! 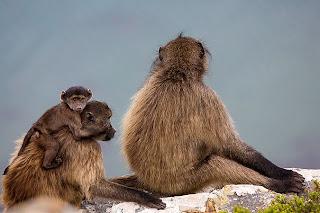 When you (and/or your siblings) were born, your parents were also thrown into a management/leadership role and learned on the job, cutting their teeth and learning their lessons on – guess who – you!

And, hey, you are successful person. After all, you have just been promoted – so your parents must have been pretty good managers, right?! Well, unfortunately, unless you had some remarkably enlightened and/or thoroughly experienced parents, in my opinion the majority of the techniques you (and I) are most likely to have learned from them are of the command-and-control genre – remember all those “don’t touch that!”, “go over there!”, “because I said so!”, etc*...? That's what sticks - the more enlightened parenting we get during our teens (once our parents have learned better how to manage and lead), mostly goes in one ear and out the other. At the end of the day - kids are most vulnerable when they are little and are not able to make decisions for themselves (wisely) - arguably, command-and-control works best in this case.

So that’s probably where you start with your own staff; and unless you seek out training/coaching yourself (or an enlightened manager coaxes you in to taking some) – that may well be where you stay. You treat your staff like young children. They get stuff done, but they may well feel dissatisfied, patronised and perhaps even bullied.

Despite this, NZ companies certainly punch above their weight and many are doing rather well currently. In my opinion though, this is not thanks to good management, but despite of relatively poor (or "patchy") management. Our strong current run-rate I reckon is more attributable to our grit and ingenuity. Yes, NZ is doing well currently. In my opinion though, if our organisations were to pay a little more attention to the quality of their leadership and management, rather than throwing our emerging managers/leaders in the deep end and hoping they learn on the job (by testing and refining their potentially flawed/primitive philosophies on their staff), we could be doing much, much better.

All this being said - I certainly think that we are improving. In my relatively short career (to-date) I have seen gradual improvement and recognition that there are smarter, more productive ways to manage and lead people. After all, it's a journey, not a destination!

Be assured that there is no doubt we can resolve this situation. I am no pessimist; like I say, I have simply sought here to describe a problem as I perceive it - a bug bear of mine. See my previous post entitled “Agile as an Antidepressant” for part of the antidote. Other things I think we could do are to identify and groom potential leaders and managers earlier, encourage on-going development and training, etc. The whole solution though I think it multi-dimensional and requires on-going attention. It's a cultural issue - there's no easy fix; acknowledgement though, I think is a fair enough start.

The inspiration for this article - which is perhaps a little on the bleak side (and will be followed up with more writing on "the solution" for balance) - comes from two sources:


To be clear, this is not a story about religion - there is no ulterior motive. I like the values of the Catholic Church and/but I am not a “man of faith”. That’s another story.


* There is recognition that the quality of parenting leaves a lot to be desired in NZ and elsewhere in the world also – institutions like “The Parenting Place” can help – like any other form of management and leadership, parenting is an important role, which I think produces the best results when it's well supported, coached and consumes the occasional bit of formal training.