The story of the "My Big Bro" experiment

MyBigBro is a system I have built that tracks a user on their journey through a city and captures and stores imagery of them that has been made available on the city’s CCTV traffic camera network, as they move through the field of vision of each subsequent CCTV traffic camera.

Why'd you do that?

There is a cool trend among Governments globally to make the data that they collect on their citizens as open and available as possible. The MyBigBro experiment explores this trend and leverages some of the data that is becoming accessible.

Some examples of open dataset repositories provided by Government are as follows:
One of the datasets that I find particularly interesting is CCTV traffic camera imagery. MyBigBro leverages that specifically.

How does the MyBigBro experiment work?

At the time that I originally wrote this document MyBigBro was in deployed on the Android app store "Play" and in early alpha - not publicly available. Here is a screenshot from a journey that I made and tracked using it on January 4th 2014 (The look and feel of the system has changed significantly since MyBigBro went live): 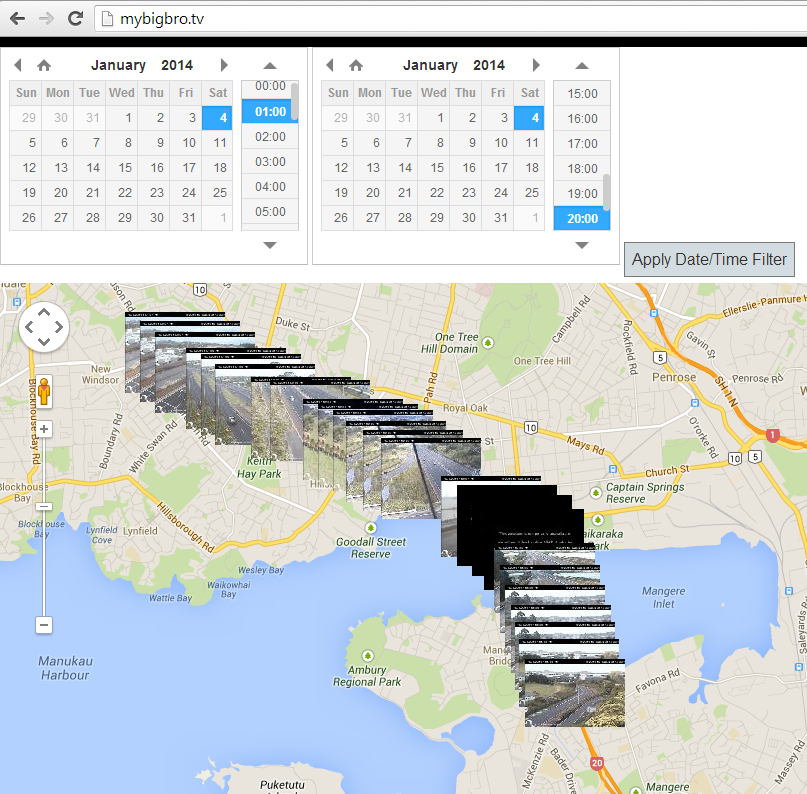 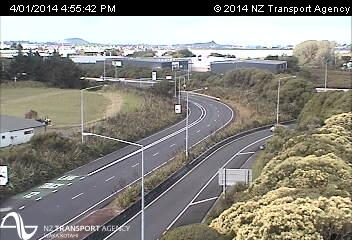 The MyBigBro system architecture leverages a range technologies. Although the following diagram references AWS elements, currently MyBigBro sits mostly on the Azure cloud platform; the fundamental architecture has not changed significantly however since I drew the diagram in early 2014:

At the time I drew this diagram I was using AWS; the back-end services are now almost entirely running on Azure. No clients other than the Android one exist at this stage.

Currently images being captured from the NZ CCTV network are “hit and miss” as to whether the participant is captured, due to the CCTV image refresh intervals and the resolution of the cameras. As the camera networks develop though, users of MyBigBro will be able to capture images of themselves increasingly regularly.

Development on MyBigBro has been underway since mid-2013. At the time of writing (Nov 2014) MyBigBro is limited to New Zealand, Sydney, Hong Kong and London’s CCTV traffic camera networks. London is of most interest, since the CCTV camera network there is very granular and covers a rich range of urban settings. 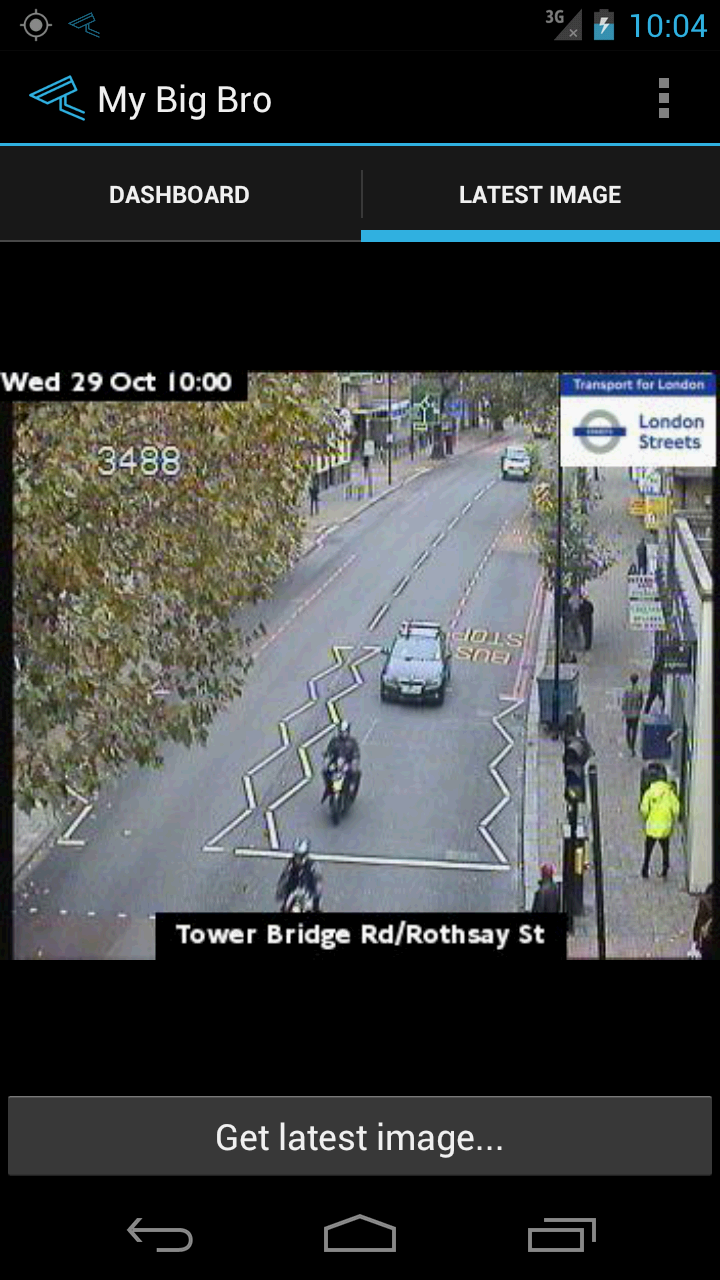 The theme that I am developing could perhaps most accurately be described as “gamification” of issues that are of public interest, such as public sector CCTV infrastructure. The front-end (web and mobile app) is a novelty, which appeals to our general curiosity with regard to what data our Governments are collecting and making available to the general public.

The intention of the system at this stage is to capture imagery from cameras as users move through a network of CCTV cameras. The system could be adapted easily though to capture and store a series of images from a single camera indefinitely. This would be useful for example if a user wanted to keep an eye on their car overnight, which they had parked and left in the field of view of a camera.

How can I get/use MyBigBro?

As mentioned above - the app's currently only any good to you if you use NZ's motorways, or Sydney, Hong Kong or London's streets. That being said, here's how you can get started:
Easy as 1, 2, 3...4!

The experiment is named "My Big Bro" after the character "Big Brother" in George Orwell's book 1984. This is a play on the idea that MyBigBro claims back some of the data that is collected by the networks of CCTV cameras in our cites. 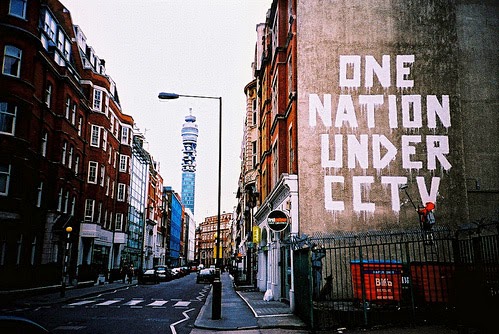